Kids don’t spend time outdoors like their parents did when they were younger. This is a huge problem which sending your kids to teen summer camp can put right.

Did you know that the average American spends more than 10 hours per day screen time?

On top of this, it seems that childhood obesity is getting worse and worse each year. It’s important children do more physical activity and less scrolling down their Facebook newsfeeds.

The old-fashioned encouragement to “go outside and play!” is surely needed more than ever before. At teen summer camp, children get the chance to spend lots of time in the great outdoors.

There are so many benefits to being outside. Let’s discover what they are together.

Low on energy? When we feel drowsy, we usually reach for a cup of coffee or take a nap.

However, what about simply going outside?

According to research, just being outdoors in nature can significantly combat fatigue and boost your energy.

Apparently, when you’re surrounded by natural beauty, you experience a profound improvement to your mental and physical energy.

Around 25 percent of children wear glasses or will need glasses before they reach kindergarten.

If you’re concerned about your child’s vision, you should know that spending time outdoors could be the answer.

Kids who spend too much time indoors are more likely to develop nearsightedness (known as myopia), according to studies.

3. Boost to the Immune System

Remember what your parents told you?

However, it turns out that playing in the dirt is actually much better for you than we realized.

Research shows that children who grow up spending more time outdoors are less likely to develop hay fever or eczema.

You know the feeling of fresh air when you breathe in?

This is actually really effective at reducing your risk of diseases and infections.

The airborne chemicals which are pumped out by plants and trees are called phytoncides. These increase your white blood cells which boost your overall immune system.

Who doesn’t want their child to be creative and express themselves?

But sometimes, if your kid is always playing video games or watching television, it’s difficult to show off their creativity.

We know that spending time in nature nurtures our creative sides.

Researchers discovered that hikers who spent 4 days in nature proved to be 50% more creative afterward.

5. You Required Dose of Vitamin D

Doctors say that vitamin D is really important to be healthy.

There are numerous benefits to getting your daily dose of vitamin D.

It strengthens your bones and reduces your risk of developing flu. It has even been linked to cancer and diabetes prevention.

How do you get this amazing thing? You go outdoors!

Even though vitamin D can also be found in fish food, such as herring and cod.

Studies have demonstrated that more than 90 percent of your vitamin D is generated from exposure to the sunshine.

You can relieve your anxiety and depression by spending more time outdoors in nature. If you combine this with physical activity, you’re onto a winner!

In addition to other kinds of treatment, according to studies, walking outdoors in nature is “useful clinically as a supplement to existing treatments”.

This has been named “green exercise” by some experts. If you’re surrounded by water, the effects could be even stronger.

Have you noticed that the so-called digital natives have the attention span of a gnat? Well, apparently this is extremely common among children who spend significant time on screen.

According to a 1991 study, researchers compared resting and relaxing indoors, walking in the city and walking in nature.

They discovered that the group of people who walked in nature significantly improved in terms of focus and concentration.

Even if your kid has tested positive for ADHD (attention deficit hyperactivity disorder), you could find improvements due to time spent in nature.

Do you ever ask your kids what they did at school today? Many kids answer that they don’t remember.

This probably isn’t because your child has a poor memory. More likely it is that they don’t develop a concept of time.

But, your kids can improve memory by spending time in nature.

According to one study, kids who spend time outdoors improve memory by up to 20 percent compared with kids who don’t.

Several studies show that nature walks have memory-promoting effects that other walks don’t.

9. They Love and Appreciate Nature

They say that “children are the future”.

Of course, they are! When it comes to climate breakdown, children have the opportunity to show the rest of us the way.

It’s clear that we need to be more connected to the natural world and live more ecologically sustainable.

By spending time in nature at a young age, we get the bug for loving and appreciating the natural world.

Empathy is a really important and mature emotion to develop in kids.

Children who spend more time in nature develop empathy among many other positive personality characteristics.

This is especially true for children who get the chance to care for other living things.

Benefits of Being Outside

Do you want your kids to take advantage of the benefits of being outside?

From a happy and healthier lifestyle to developing into well-rounded and empathetic human beings, there are so many benefits of the outdoors.

It’s important your children get the opportunity to grow up in the great outdoors. You can give your kids this by sending them to teen summer camp this year!

To discover more about our teen summer camp, get in touch with us for free information and more.

How Spending Time Outdoors at Teen Summer Camp Will Benefit Your Teen2019-02-102019-02-10https://www.campexperts.com/blog/wp-content/uploads/2019/09/logo-318-rgb.pngThe Overnight Camp Experts Bloghttps://www.campexperts.com/blog/wp-content/uploads/2019/02/benefits-of-being-outside.jpg200px200px
WE ARE HERE TO HELP
You're not just looking for any camp. You're looking for the right camp.

The Camp Experts & Teen Summers is a FREE advisory service dedicated to matching families with the best camp or teen program options for their children/teen.

We have personally researched and assessed over 1,000 summer camps and teen programs worldwide, and we look forward to sharing our info with you!

We're not around right now. But you can send us an email and we'll get back to you, asap. 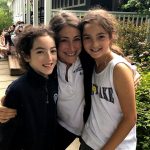