How Your Teen Can Benefit from Language Immersion Programs

Have you noticed that your teenager has a special curiosity when it comes to the world around them? Are they interested in global politics, human rights, and the customs and social norms of other cultures?

Or maybe your teen has trouble opening up, is struggling academically, or just doesn’t seem to have the right amount of drive.

No matter which side of the fence you’re on, it sounds like learning another language could benefit your teen.

Not only does learning another language actually improve brain function, it also comes with a whole host of social benefits.

Curious to learn more about why a language immersion course or linguistic overnight camp might be the right choice for your child?

Read on to find out.

1. They’ll Learn About Other Cultures

Looking to teach your teen more about other cultures, but don’t have the time or money to actually send them on an international vacation?

A language immersion course helps your teen to broaden their perspectives and learn the way life works abroad — all without the need for a plane ticket.

After all, learning another language is a lot about more than verb agreements and vocabulary. There’s a cultural side to language learning as well. Your teen will be able to learn more about international cuisine, lifestyles, laws, points of interest, customs, and history.

It will also help them to see things from another perspective — which, as every parent of a teenager knows all too well, can sometimes be a real challenge.

As a parent, we know that you’re concerned about how that will impact their chances of getting into a good school.

Learning a foreign language, particularly in a language immersion course, has been scientifically proven to boost brain power.

This means that they’ll be better at things like problem-solving, multi-tasking, critical thinking, and much more. You may also notice that your child’s memory seems sharper and that they’re able to grasp concepts much more quickly than in the past.

In addition to boosting your child’s intellectual abilities, some scientific studies point to evidence that learning a foreign language could also lower your teen’s risk of developing Alzheimer’s or dementia later in life.

Making friends can sometimes be tough for a teenager — but it can be even tougher to get them to branch out from their current friend group.

Perhaps your teenager struggles with social anxiety, or maybe they’re a bit of a loner. Maybe they already have plenty of friends, but you’d like for them to run with a crowd that has a better influence over them.

Enrolling your teenager in a language immersion course certainly strengthens their social skills and helps them to make new friends.

Group activities encourage collaboration, and they often force students from all different backgrounds to come together.

Most importantly, being in an immersive course, where speaking one’s native language is usually forbidden, forces your teen to learn how to ask for help. It also helps them to recognize their own strengths, and to act as a leader when they spot others who need assistance.

As a parent, we know you’re always thinking about how you can best prepare your child for their future.

You’ve enrolled them in countless extracurricular activities. You’ve hired the top tutors to help them get their grades up in academic areas where they struggle. You’ve sent them to the best schools and the best summer camps.

In short, you’ve done a lot.

However, have you considered how learning a second (or third!) language will enrich your teen’s skill set in both the long and short-term future?

You’re opening them up to a wide variety of both majors and job opportunities — and giving them a serious leg up on the competition.

Not only will your child understand another culture, but the fact that they can speak another language puts either their resume or their application at the top of the pile.

5. They’ll Get A Confidence Boost

For some, it can be pretty hard to feel truly confident as a teenager.

Enrolling your teen in a language immersion course pushes them out of their comfort zone and forces them to think both creatively and independently.

It also gives them challenges to overcome.

And once they do? They’ll feel a lot more confident about themselves, their academic/intellectual strength, and even their social skills.

Plus, language learning often gives students concrete goals to work for. This makes it even easier for your teenager to understand how far they’ve come since day one and instills a sense of pride and self-worth in them.

Ready To Find A Language Immersion Course For Your Teen?

We hope this post has helped you to understand just a few of the many benefits that choosing to enroll your teenager in a language immersion course has to offer.

From strengthening their academic and social skill sets to just giving your teen something to feel good about, there are so many reasons to learn another language.

Now, you only have one question left:

“Where can I find the language immersion camp that’s right for my teenager?”

Whether you’re interested in day camps or overnight camps, we can help to connect you with the program that’s right for your child.

Spend some time on our website to learn more about the wide variety of academic-based and other types of sleepaway camps available for your child. Make this the summer they’ll never forget.

How Your Teen Can Benefit from Language Immersion Programs2018-02-272019-08-28https://www.campexperts.com/blog/wp-content/uploads/2019/09/logo-318-rgb.pngThe Overnight Camp Experts Bloghttps://www.campexperts.com/blog/wp-content/uploads/2018/02/teen-travel.jpg200px200px
WE ARE HERE TO HELP
You're not just looking for any camp. You're looking for the right camp.

The Camp Experts & Teen Summers is a FREE advisory service dedicated to matching families with the best camp or teen program options for their children/teen.

We have personally researched and assessed over 1,000 summer camps and teen programs worldwide, and we look forward to sharing our info with you!

We're not around right now. But you can send us an email and we'll get back to you, asap. 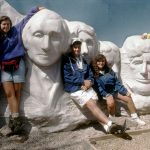 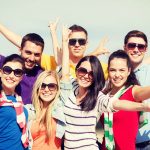 Why You Should Send Your Teen to a Leadership Camp This SummerOvernight Camp Experience, Teenage Summer Programs